found that traveling all the way to the church in Lynn was too hard, especially in winter.  So people here petitioned the General Council of the Massachusetts Bay Colony to establish their own church.  Back then, the Church was

the State and under its jurisdiction.  We petitioned three times, were rejected twice, and finally granted authority to establish our present church in 1750. So it is with our church today – once we set our minds to do something, we never give up!

Rev. John Roby was our first pastor, called here in 1750 and staying until 1803.  He was a veteran of the Battle of Lexington and Concord, and even encouraged his parishioners to bring their guns to church for protection during

the Revolutionary War.  His image can be seen on a bronze plaque in the Saugus post office.

Native American history is an important part of our story.  Native Americans named this territory “Saugus,” meaning, “great or extended place,” in reference to the great marsh surrounding the town.  The image of the Great Sachem, Montowampete, can be found on the Saugus Town Seal.  Round Hill, right behind the church, is a sacred place to Native Americans. There is a small memorial park there and the town has plans to eventually carve a walking trail

up to the top, from which the Boston skyline can be seen.  A large mural of European settlers and Native Americans working together can be seen in Town Hall, created as part of the public works art project during the Great Depression.  Every fall our church celebrates Native American Sunday on the first Sunday after our annual Pumpkin Patch begins in late September.  These pumpkins are shipped to us by the Navajo Nation of New Mexico through the Pumpkins USA partnership. So, partnerships that began with Native Americans and the first settlers continue today.

Rev. Bill Ladd was called to First Church Saugus where he joined in August 2021 while he was serving at First Church Templeton in Templeton, MA. He is absolutely loving leading such a close knit and loving congregation and has really settled in both at the church and in Saugus as well.  He is a native of Wayne, Maine and has lived all over the United States and England...but he is still from Maine.

Before getting his Call, Bill’s career was in the Entertainment Industry with an extensive background as an actor, screenwriter, director, voice over talent and producer of television, film, and theater. Professionally, Bill’s background also includes public relations, marketing, public health, communications strategies, and strategic planning which has really come in handy in the modern-day church. Happily returning to New England from 8 years in Los Angeles, Bill was very active in the church performing duties as a Lay Eucharist minister, Godly Play teacher, usher, and Chaplain at Cedars Sinai Hospital while attending All Saints Beverly Hills Episcopal Church. Bill is also an alumnus of Skidmore College Class of 1983 where he also serves on the Board of Trustees. He returned to New England to attend seminary at Andover Newton Theological School in Newton where he received his MDiv, with honors, in 2017. His work with Chaplains on the Way in Waltham, serving people who are experiencing homelessness and poverty, has been key in his ministry. He has also been a member of the Just Peace Players, a social justice readers theatre group for a number of years. Locally, he serves on the Board of Directors of the Lincoln and Therese Filene Foundation in Boston. His home church was First Congregational Church Natick UCC where he was ordained on October 31st, 2021. He currently has two mixed breed rescue dogs, Dixie and Banjo.

Come on over and meet the pastor…he’s never met a stranger! 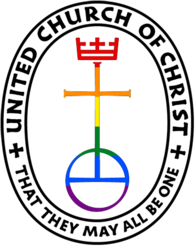 An Open and Affirming Congregation of the United Church of Christ

“First Congregational Church, United Church of Christ, in Saugus, Massachusetts, following the teaching of Jesus of Nazareth who said, ‘The greatest commandment is to love God and love one another,’ welcomes all people to join us in seeking God’s special purpose for our lives. We declare ourselves to be an Open and Affirming congregation, welcoming into the full life and ministry of the church, persons of every race, culture, faith background, economic status, gender expression and identity, sexual orientation, physical and mental ability.  We commit to model a community of faith and spirit that works toward openness and understanding, offering justice, healing and wholeness of life for all people.  Our church welcomes all who wish to join us in creating God’s peaceful world, as Jesus said, ‘on Earth, as it heaven.’”

​An Open & Affirming Congregation of the United Church of Christ 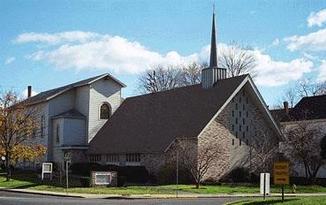 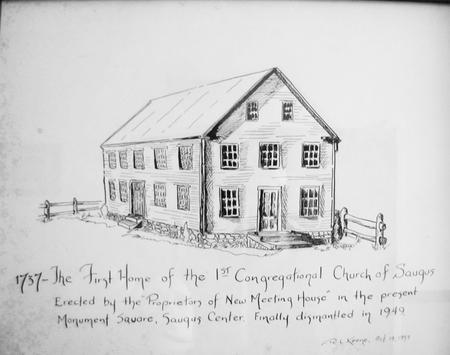 First Congregational Church UCC of Saugus grounds our ministries in these words of Jesus, as we try to keep God front and center in all we do here.  And to do that, we try to live the way Jesus asked us to - through acts of generosity and compassion. Not only do we feel closer to God when we live this way, we receive so much more than we give. Join us in one of our many community outreach endeavors, or study the Bible in the company of progressive seekers, or simply sit in silent prayer at one of our healing services.  It has been said, “That which you are seeking is causing you to seek.”  If God were not seeking you out, you wouldn’t be reading this right now.